The MBA for Women Foundation is a charitable foundation which provides financial support to young and ambitious women who want to pursue an MBA at a leading business school.

The MBA for Women Foundation was created in 2009 by Dr. Mirjam Staub-Bisang, an INSEAD MBA 1999 graduate.

Dr. Mirjam Staub-Bisang, Chairman, is CEO of Independent Capital Group AG, an asset management and real estate advisory firm, based in Zurich, Switzerland. Prior, she held senior positions in asset management at Commerzbank and Swiss Life Private Equity Partners, as an investment analyst at Merrill Lynch and as a lawyer with the law firm Schellenberg Wittmer in Zurich. She is an attorney-at-law and holds a Ph.D. degree in law from the University of Zurich as well as an MBA degree from INSEAD in Fontainebleau.

She is a non-executive director of Bellevue Group, V-Zug AG and INSEAD and serves on several non-profit boards. Dr. Staub-Bisang is a Young Global Leader of the World Economic Forum.

Prof. Dr. Iris Bohnet, Trustee, is the former Academic Dean of the Harvard Kennedy School. She is also the director of the Women and Public Policy Program, an associate director of the Harvard Decision Science Laboratory, and the faculty chair of the executive program “Global Leadership and Public Policy for the 21st Century” for the World Economic Forum’s Young Global Leaders.

Prof. Bohnet serves on the boards of directors of Credit Suisse and the Graduate Institute of International and Development Studies (HEID), as well as the Advisory Board of the Vienna University of Economics and Business Administration, and numerous academic journals. She is a member of the Global Agenda Council on Women’s Empowerment of the World Economic Forum. Prof. Dr. Bohnet has published in a large number of academic journals focusing on economics, management, negotiation, decision analysis and law. She holds a Ph.D. in Economics from the University of Zurich.

Dr. Franz B. Humer, Trustee, is the former Chairman of Roche Holding Ltd.  and was the company’s CEO from 1998 until 2008. Dr. Humer can look back on a 30-year career in the pharmaceutical industry. Today, he is the Chairman of Diageo plc. and serves on the boards of Citigroup, the advisory board of Allianz SE among others, as well as of several not-for-profit organisations and foundations, among which the Salzburg University.

Dr. Humer is former Chairman of INSEAD. He received his doctorate in law from the University of Innsbruck in Austria, then went on to earn an MBA from INSEAD in Fontainebleau, France.

Carolina Müller-Möhl, Trustee, is an entrepreneur and President of the Müller-Möhl Group. Mrs. Müller-Möhl studied politics, history and law at the Ruprecht-Karls-Universität Heidelberg and at the Otto-Suhr Institut at the Freie Universität Berlin where she graduated in Political Science. She went on to complete further studies at the London School of Economics and at the Europa Institut of the University of Basel.

In addition to her directorships on the corporate boards of NZZ AG and Orascom Development Holding AG, Mrs. Müller-Möhl does a lot of work in the socio-political field, with a particular commitment to education policy and gender issues. Mrs. Müller-Möhl is a member of the INSEAD Swiss Council and a Young Global Leader of the World Economic Forum.

Nina Probst, Trustee, is a management consultant at McKinsey & Company. She completed her MBA from INSEAD in Singapur and Fontainebleau in July 2010. Previously she worked as an attorney at the law firm Bär & Karrer in Zurich. Nina Probst holds a Master’s in Law from the University of Geneva.

The MBA for Women Foundation is led by its Board of Trustees and administered by Independent Capital Management AG. 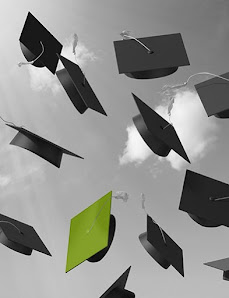 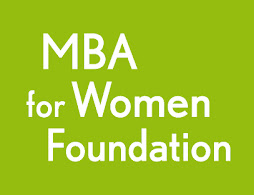